Picture this — you are a short distance away from your destination but not close enough for you to walk. No auto or bus nearby and surge pricing is attempting to dig too big a hole in your pocket to be a promising option. What do you do? The same question troubled the founders — Anand Ayyadurai, Padmanabhan Balakrishnan, Sanchit Mittal and they worked together to build the Vogo business model.

Vogo is a bike and electric scooter renting service available across several cities in India.

What does Vogo offer?

Vogo business model has come up with an innovative idea to provide people with easily accessible rental cycles and electric scooters to reach that last mile of their commute that would otherwise take a bigger toll on them.

Ability to rent and share a vehicle can be the next step of the company’s model. It would only seem logical for two people wanting to reach the same place to rent a bike or scooter together.

This model uses an IoT based supply chain. In addition to this, IoT is used to detect scooters that have inadequate battery hence request battery change rather than providing bad condition bikes to users. Thus, using new tech in the market attracts employees that have expertise in this category which otherwise was going to rather not-so-targetted use.

How does Vogo app work, booking a Vogo ride?

Much like every other application used to book things or order food online, vogo application brings to users, the same easy-to-use experience.

Vogo has raised a total of 133 million USD investment. It is an amount that makes many people suck in a deep breath, but how did they do it? Answer — Venture Capital Financing. This is an iterative process that allows companies to raise funds for them, given, they survive each round of bidding for their shares to be sold to investors.

Vogo raised 4 million USD in series C bidding with the investor being Stellar Venture Partners. Other investors include Matrix Partners and Kalaari Capital. One of the biggest investors is Ola, with a total sum of 100 million USD invested. Ola brought to the company, along with its expertise, 100,000 scooters for the service.

There are several smart ways the founders are making money out of this e-smart biking business revenue model that’s been designed.

The bikes and scooters can have paid promotions on them for gains. They are often ads of relevant items to be used with biking.

Penalties for damaging the cycle can be counted into the bill. In addition to this, any fine for incorrect driving can be fined in the payment.

Obviously, the fair for bikes that are rented is used for revenue collection. They are rented at a cheap price which dips to as low as 5 rupees per kilometer, at places. 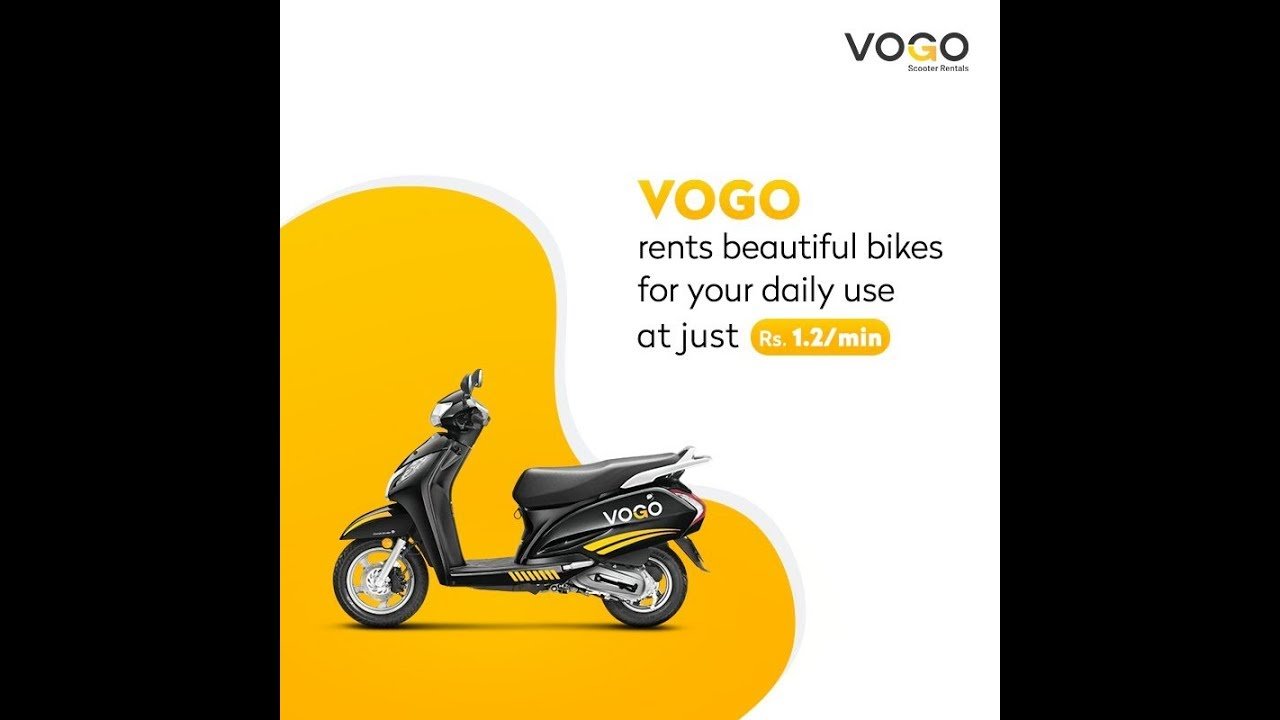 What seems to be the problem with Vogo business model?

With a great vision of making India green, comes great obstacles that the team of Vogo seems to be handling but being a little unsteady.

Any sort of change hasn’t been easily accepted in the country and hence, as melodious the sound of green India sounds, it isn’t going to be as easily accepted as a daily lifestyle habit, right off the bat.

The number of times we put off a very important task just because we might have to get up says a lot about us. Having to ride a scooter or bike even for that last stretch of the distance can seem a lot for someone the people and hence would rather sit in public transport.

A lot of competition stands in the way of this bike rental company; yulu, ola, bounce are to name a few big ones.

The company seems to have debt overcasting them which they haven’t seemed to be able to fight off.

The bike’s condition and the working of the IOT service installed are supposed to be impeccable which can be a little hard to maintain with this growing network.

Renting a bike and riding it sure sounds like a very easy job to do but running the business sure isn’t a joyride in the park. Vogo has a clear vision for making a cleaner, greener India with availability of cheap travel options. Let’s hope we can make it happen.

Next Article: Why Startups often fail?

Last updated [15th, 2021] The course/service once purchased is not cancellable/refundable. Please review the...